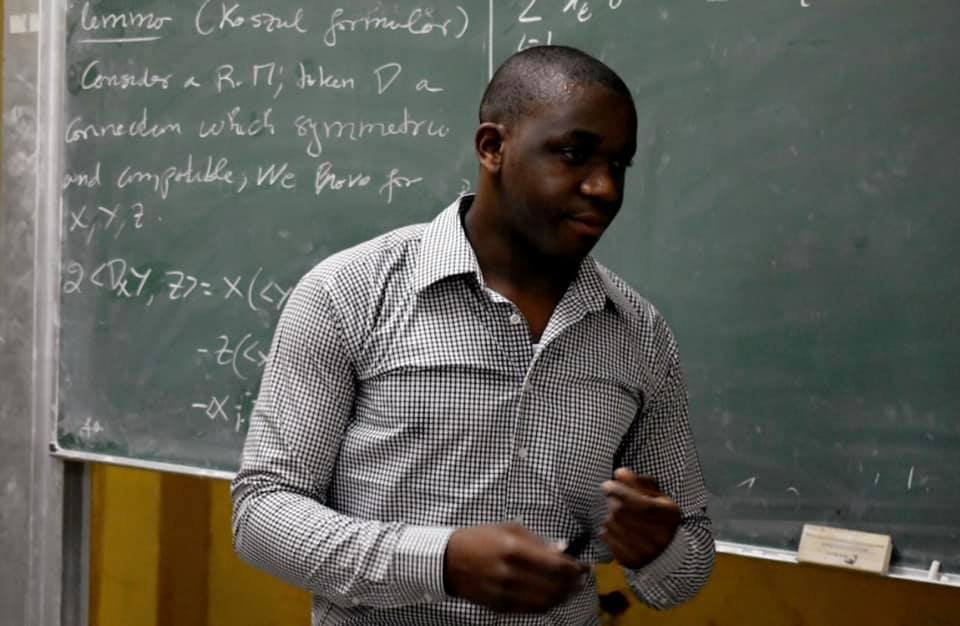 2019-2020 Alumnus and Valedictorian, Romaric Kana opened AIMS Cameroon Public Lecture Series for the 2020/2021 academic year. Introducing 48 participants made up of students, tutors, and some AIMS Cameroon alumni to his essay project titled “Riemannian Geometry”, Romaric Kana explained that the main objective of his work was to study the main basic concepts in Riemannian Geometry, focusing particularly on the two fundamental notions of geodesic and curvature, using several examples.

At the end of his talk, some participants were curious as to why the concept of Riemannian Geometry was developed and the applicability of the concept. To answer this question, Romaric explained that this concept was developed to generalize the traditional Geometry that was limited to the Euclidean space of dimension 3. He further explained that the concept can be applicable in Theoretical Physics specifically in the area of General Relativity, and in Machine Learning where the concept of Geodesic can be used when working in Complex Neural Networks to find the shortest path between two nodes.

After his lecture, one of the participants, Dr. Armand Noubissie, AIMS Cameroon tutor added some classical examples of the Riemannian Manifold such as the Torus, the Klein bottle, and the Moebius band.