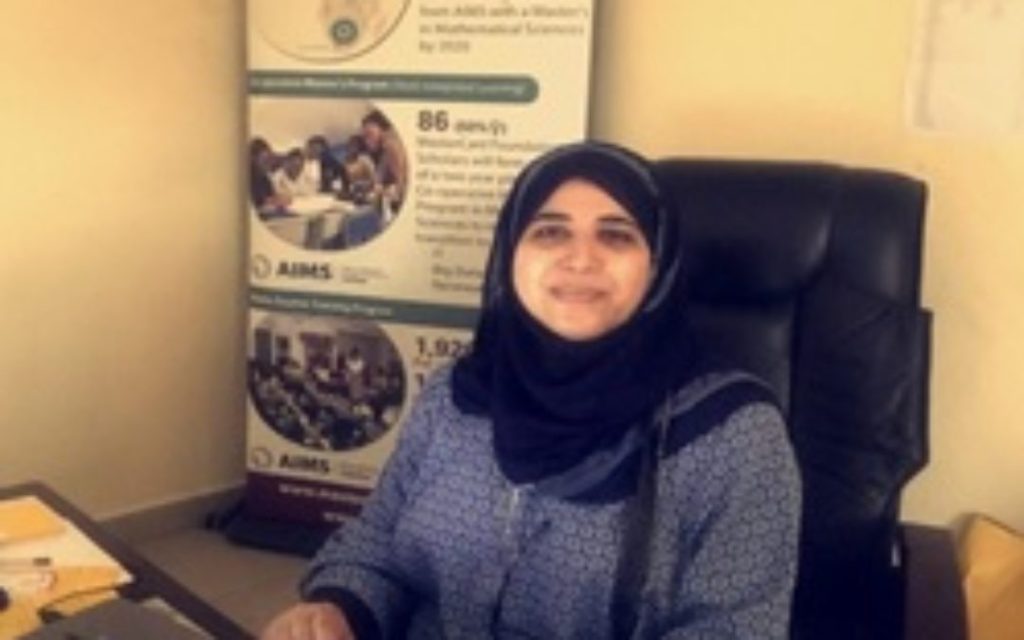 Professor. Kenza Guenda, an Algerian, was part of the second class of AIMS South Africa, 2004. Prior to AIMS, she already had a Master’s degree in Number Theory and was lecturing at the University of Algeria. During and after the civil war that lasted 10 years (1990-2001) in Algeria, destroying everything and causing great minds to flee the country, Professor Kenza kept her University running with other colleagues and developed a dream to go into deep research in mathematics to help revive her country and Africa at large.

In the year 2003, after the works of Wiles and Taylor, Professor Guenda came to the realization that, many research problems in Number Theory were built on the last Fermat’s Theorem. Many schools of thought in Number Theory oriented themselves in application of Number Theory and realized that, Number Theory was full of difficult problems which can be used for secure communication as Cryptography and Coding theory. Having this in mind and highly inspired by Prof. David Mackay and prof. Barry Green of AIMS South Africa, Professor Kenza joined AIMS South Africa in 2004 as a student where she focused on research in cryptography and coding theory. After AIMS, she immediately got a bursary from AIMS and Stellenbosch University, near Cape Town, to study at the University of Stellenbosch where she obtained another Masters in Applied Mathematics. Returning to her home country in 2006, she formed a small group of researchers with interests in coding theory and cryptography.

Obtaining another bursary from the Algerian Government to study in France, she moved to France where she obtained a PhD in Coding Theory in 2010. She later returned to her home country and opened a master’s program in Applied mathematics and focused her work on coding theory and cryptography.

‘We have to win or win, there is no other choice. Life is a hurt which can be erased by hope’ professor Kenza quotes.

In 2011, she got a Post Doctorate position at the University of Victoria, Canada, where she spent 2 years doing research in Coding and Cryptography with professors and students from Victoria university, linked with her group back home. She went back home in 2013 to take care of her students and work with her research group, albeit shuffling between Algeria and Canada.

Professor Kenza is presently at AIMS Cameroon, happily giving back to the African students of AIMS Cameroon in the area of Coding Theory and Information Theory. She feels fulfilled in inspiring students to keep up their hopes and helping them make Africa a better place. She is equally thrilled with the huge progress made with AIMS programs and states with excitement that, ‘the vision of AIMS is clearer’. She however hopes to see an AIMS center created in North Africa in the future.