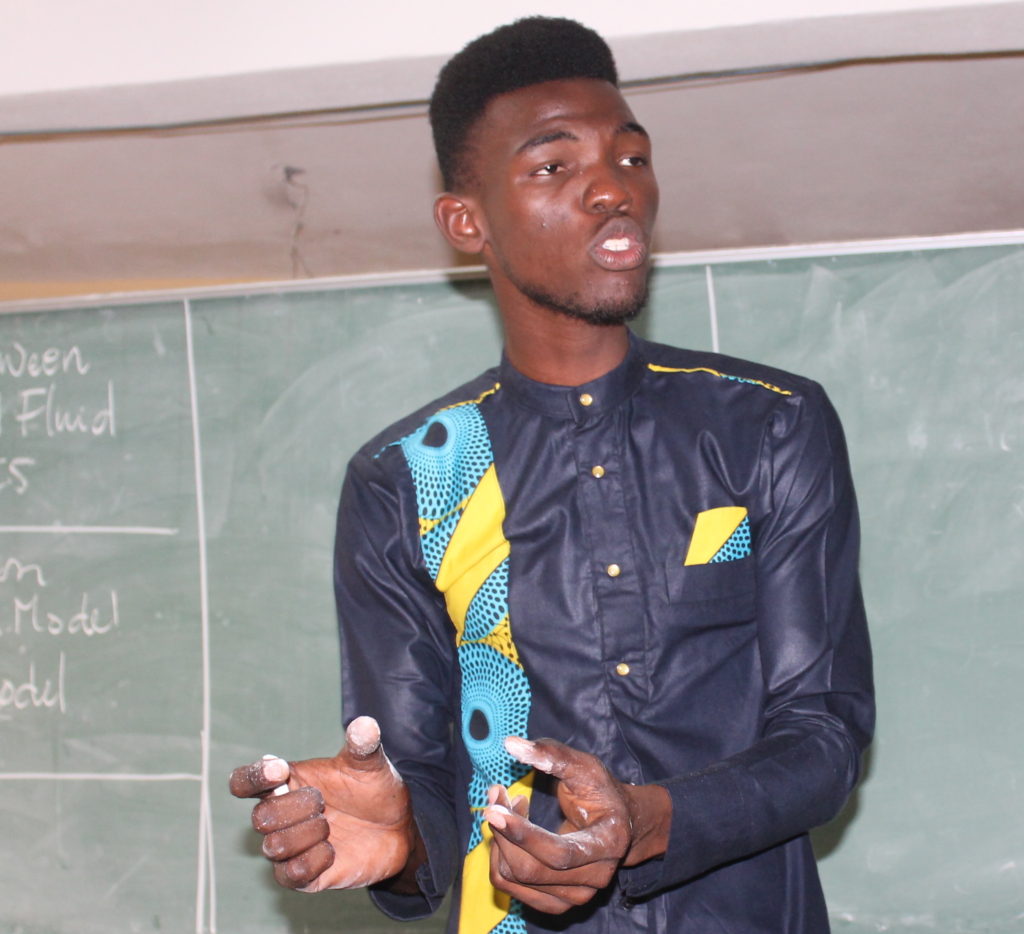 AIMS-Cameroon alumni and valedictorian of the 2018/2019 cohort, Jordan Ngucho Mbeutchou, gave a public talk on “Analogies between Gravity and Fluid Dynamics” at the AIMS-Cameroon center on September 17.

Jordan introduced the concept of Gravity to an attentive audience and later on gave them an avant-goût of the AIMS-Cameroon defense phase with reference to time management, general comportment, and presentation techniques.

In order to further develop students’ critical thinking faculties in Physics, Jordan Ngucho presented a new way to understanding Gravity through fluid dynamics which helped the new cohort understand the concept in another way.

While introducing his talk with inspiration drawn from the origin of the Universe and the general quest by humans to unlock the origin of humanity as a whole, Jordan stated that “in order to understand the Scientific picture of the universe, gravity is an important piece to the puzzle”.

The presentation proved successful as the students acknowledged having a better grasp of gravity as a fluid phenomenon which was evident by the numerous questions posed on the possibilities and difficulties involved in coming up with such a concept formulated from scratch.