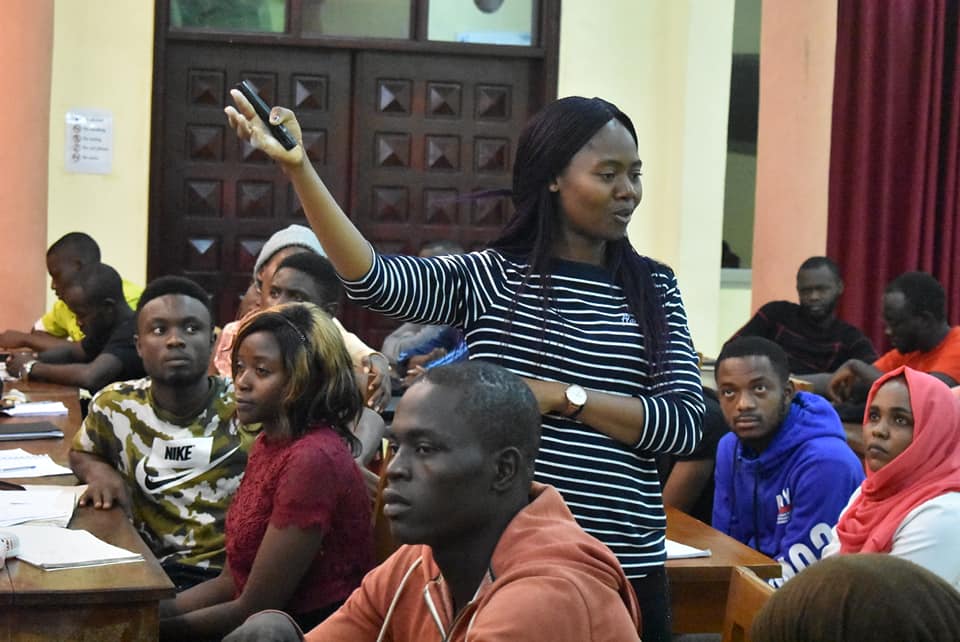 She mounted the podium of the main lecture hall on October 19th, 2021 to give a talk to 9th Cohort students on her research work titled “Bilevel Optimization Problems and Newton-type Methods”

Part of Dr. Kue’s research work was dedicated to the study of a bilevel program involving a linear lower level problem with lefthand-side perturbation. She considered the Karush-Kuhn-Tucker reformulation of the problem and subsequently built a tractable optimization problem with linear constraints by means of a partial exact penalization. A semi-smooth system of equations was then generated from the later problem and a Newton-type method was developed to solve it. She illustrated the practical implementation of the algorithm on the optimal toll-setting problem in transportation networks.

Granted by the Alexander von Humboldt Foundation, with funding from the Federal Ministry of Education and Research, the Feodor-Lynen Fellowship enables researchers from Germany at all career levels and all disciplines to conduct research with members of the Humboldt network around the world.