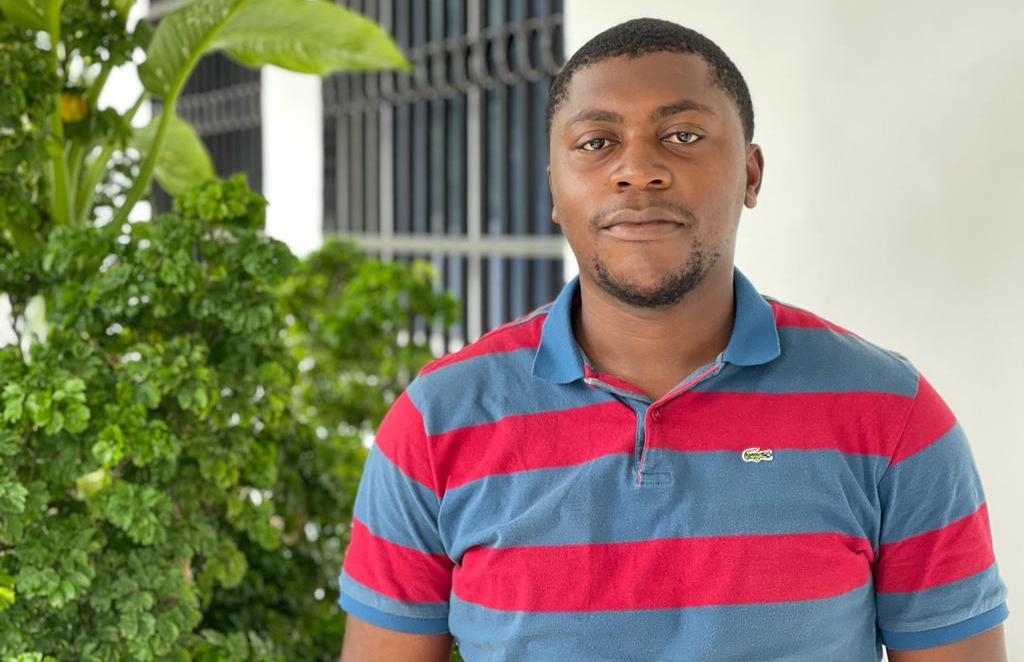 This major milestone in research on the Stackelberg–Nash strategy for Partial Differential Equations (PDEs) has been attained by AIMS Cameroon Ph.D. Research Fellow LIONEL LANDRY DJOMEGNE NJOUKOUE in his new research paper titled “Hierarchic Control for a Nonlinear Parabolic Equation in an Unbounded Domain”. The paper was recently published on September 29th, 2021 in the international journal titled “Applicable Analysis”.

The Stackelberg leadership model is a multiple-objective optimization approach initiated by H. von Stackelberg. This model is a strategic game in Economics in which two firms compete on the market with the same product. The first to act must integrate the reaction of the other company in the choices it makes in the quantity of the product that it decides to put on the market.

”As far as we know, Stackelberg–Nash strategy has not yet been considered in an unbounded domain in the sense of null controllability,” the researcher explains.

“In this paper, we study the hierarchical control using the Stackelberg–Nash strategy for a nonlinear parabolic equation in an unbounded domain. We assume that we can act on the system by three controls hierarchically. Two controls called Followers that provide a Nash equilibrium for two cost functionals. The third control named Leader is supposed to bring the state of the system to rest at the final time. The results are achieved by means of observability inequality of Carleman type that we established for the adjoint systems and a fixed point theorem under the assumption that the uncontrolled domain is bounded.”

The motivation of the hierarchic control, says the researcher, comes for example from the environmental problems. “The system can be used to describe the diffusion of a pollutant (e.g. the chemical product) named y in a river. Our goal here is to bring the concentration of this pollutant to zero at the final time T >0 with appropriate control denoted k, trying meanwhile to keep the concentration of this pollutant to the desired state in Oi,d along the interval (0, T) with another controls named vi.”

Ph.D. Research Fellow LIONEL LANDRY DJOMEGNE NJOUKOUE was supported by the German Academic Exchange Service (D.A.A.D) under the AIMS Cameroon Ph.D. Scholarship Program. His research domain is specialized in Control Theory and its Application to PDEs and Pollutions.