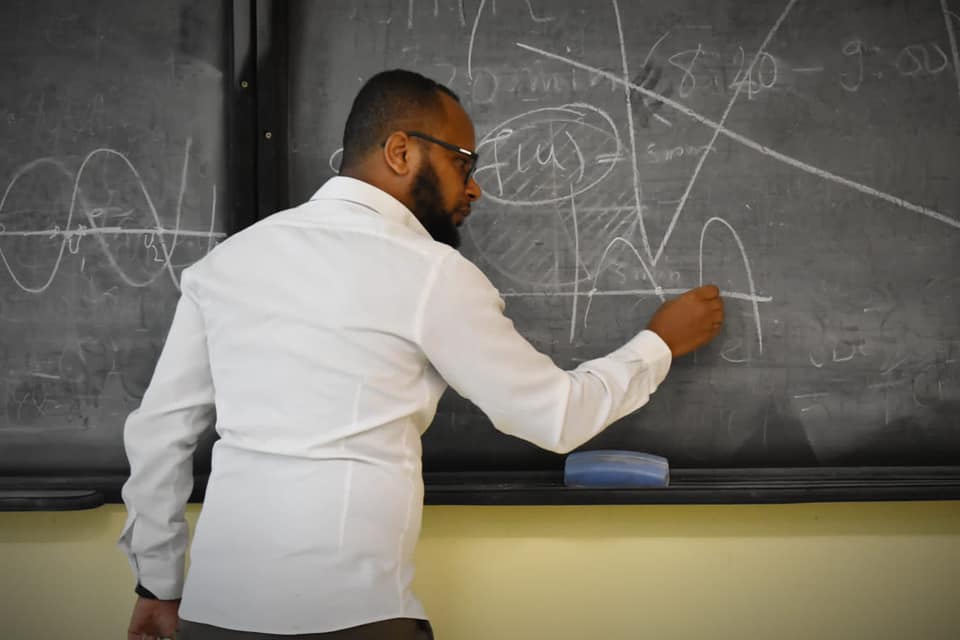 The main aim of the talk was to introduce students of the AIMS Cameroon 2020/21 cohort to the significant role of Mathematical Modeling in immunology and to boost the students’ interest in this domain.

After highlighting the gaps in currently existing mathematical models for the immune system, Girma discussed the motivation and objective of this research area which magnifies the importance of mathematical modeling in comparison to laboratory experiments.

Having established this, he presented the model assumptions, flow chart representation, and mathematical formulation for the investigation of the dynamics of the innate immune system for bacterial infection, focusing mainly on the stability analysis of the system dynamics.

Participants were able to realize the system dynamics represented by a huge system of differential equations and a technique used to study the stability analysis during such situation. Girma equally revealed a biological catastrophe (hysteresis) during this study which has a significant representation on immunology.

After his talk, participants showed interest and raised many questions on the mathematical representation of the biological system, the mathematical formulation for system dynamics on the properties of known and called kinetics of the biological system components, and mainly on the stability analysis. To clear their doubts, responses were provided by Girma and other participants using definitions and technical explanations.