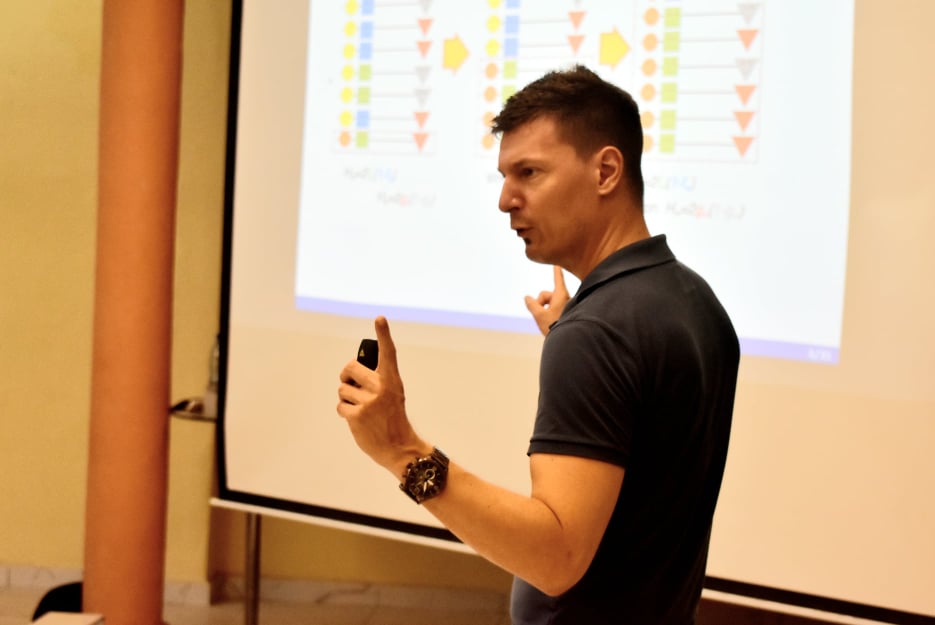 It was the first of many, and well worth the time. An untraditional introduction to applicable or applied mathematics, one that shoulders the problem of communities across the continent, a problem familiar and close to the hearts of every student who has said farewell, however temporary, to family and friends, and travelled to our seaside city, Limbe, seeking not only a mastery of the mathematical sciences but also a start to a purposeful career.

It was a quiet night in our city, and the moon had barely conquered the skies when Prof. Dr. Kristan Schneider, of the University of Applied Sciences, Mittweida Germany, turned the first page of his eagerly awaited slides to open the series of Public Lectures for the 2021-2022 Academic year and introduce the students to a new kind mathematics. One which unveils the many layers of abstraction, and reveals the underlying purpose of the science.

The talk titled “EVOLUTIONARY GENERIC MODELLING OF MALARIA”, laid bare the challenging facts about malaria incidence and mortality rates, and shun light on the rarely discussed problems around drug resistance of the malaria parasite.

Professor Schneider’s talk started with a touching showcase of the much-needed biological knowledge about mosquitoes and the plasmodium parasite, and before long, he dashed into elementary calculus, assembled basic tools, and married them with more advanced tools from Probability theory, to build a model that captured in mathematical symbolism and unrivaled simplicity, the biological facts he had started with. He will later leverage the power of python programming to showcase simulations that unearth even more beauty from the mathematical models and underscore the relevance of the python programming course the students are currently taking. This as he discussed quasi fixations and threshold values for drug concentrations.

In the silence that held the room captive as the mathematics came to life, you could smell the thoughts of students wondering where such beauty in numbers had been, and why the connectivity of the science they love and their daily lives had been aloof for so long.

When Prof. Schneider said thank you at his final slide, hands raced to the air to join the queue of questions. And as each hand pierced the thin air, you could feel hope rise; for while not every student had fallen in love with or understood completely, this kind of mathematics, it was glaring that in this opening night, of our public lecture series, the chants of our belief had started to make sense. A belief that this place will be a new beginning for their careers, and undoubtedly a door to the promise of Africa.