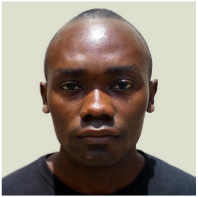 After completing a Bachelor’s degree and a Master’s respectively in Mathematics and Application at the University of Douala-Cameroon where he was the top of his class with a percentage of 66.4% and 61.5% respectively, Rostant Noyiessie Ndebeka was awarded the AIMS-Cameroon scholarship. Passionate about Mathematics and encouraged by hard work, courage, and tenacity, he managed to be among the best in AIMS-Cameroon, allowing him to work with Professor Cédric Villani, the 2010 Fields Medalist in Mathematics, on Isoperimetric Inequalities in Euclidean and Non-Euclidean.

After AIMS-Cameroon, Rostand obtained a DAAD scholarship to do a Master II in Geometry at IMSP-Benin where he obtained a percentage excluding defense of 83.9%. He later obtained another scholarship to do a Master II in France, at the University of Paris Saclay, in the theoretical and applied field of Artificial Intelligence. In October 2019, he obtained a Master’s Degree in Artificial Intelligence at the University of Paris-Saclay and at the same time, got an internship at Fair-Paris.

Rostant is currently looking for a Ph.D. in one of the domains of his interest. He aspires to train enthusiastic students in mathematics to be great scientists and multidisciplinary researchers in the fields of Mathematics. His research interests are respectively Deep Learning Theory, Probability, and Statistics, Analysis, and Geometry.