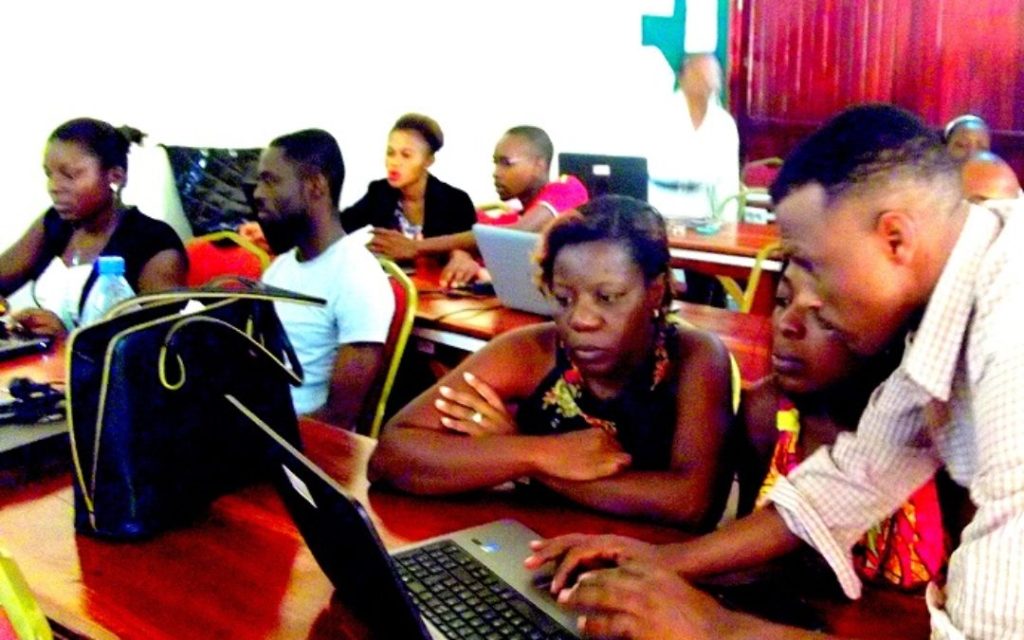 AIMS Gives IT Training To Civil Servants in Limbe

Following the success of the first two editions of the Information Technology (IT) Training for the Civil Servants of Fako Division and the enthusiasm of the Civil Servants during the last training editions, AIMS Cameroon offered the third edition of the training which took place from the 16th to the 18th of February 2016. As part of AIMS Cameroon’s outreach programs, the workshop focused on basic office applications (MS office) and the Internet. The computer training program was organized by the Management of AIMS Cameroon in Limbe, the seaside town in Cameroon where AIMS Cameroon is located.

The workshop registered 26 participants, including the Divisional Officers of Limbe II and III, the Delegate of Women’s Empowerment, the Delegate of Transport, and the Chief of Service for Ministry of Youth Affairs and Civic Education, among others.

The training ended with an award of certificates on the 24th of February in a ceremony presided at by the First Assistant Senior Divisional Officer, representing the Senior Divisional Officer for Fako. In attendance was the Field Medalist 2010 and Member of the French Academy of Sciences, Prof Cedric Villani. The training ended with photo sessions and open discussions.

During the award ceremony, AIMS Cameroon as a way forward proposed the establishment of an IT Training Center for Civil Servants of Fako Division. This center with a capacity of 50 seats minimum, equipped with Air Conditioning, computers and good internet connection could be located in one of the government buildings, with training sessions holding once a week in addition to dedicated workshops to be planned in advance.

AIMS USES EXPERIENTIAL APPROACH IN A LEARNER CENTERED IT WORKSHOP

After a welcome address by the Centre President of AIMS Cameroon, the Academic Director introduced the participants to the learner-centered training approach that was to be used during the workshop. Each learner had his own trainer and computer allocated to him alone, while the general instructor gave the learning steps and activities to follow. He added that the exercise was a “Give-Back” activity for the students after having obtained scholarships for their studies. And for AIMS Cameroon, this is part of its many outreach activities within its social responsibility. As in previous editions, the workshop was organised to improve the computer skills of Civil Servants in and around Limbe. The training covered some software like Microsoft Word, Excel, PowerPoint, Publisher and basic use of the Internet. As usual, tutors and students of AIMS Cameroon contributed immensely to the success of the training as the workshops were held in two venues (at the main classroom and the AIMS library), between 8:00 am to 5:00 pm daily.

The program was a huge success as the Civil Servants expressed feelings of satisfaction at the end of the training.