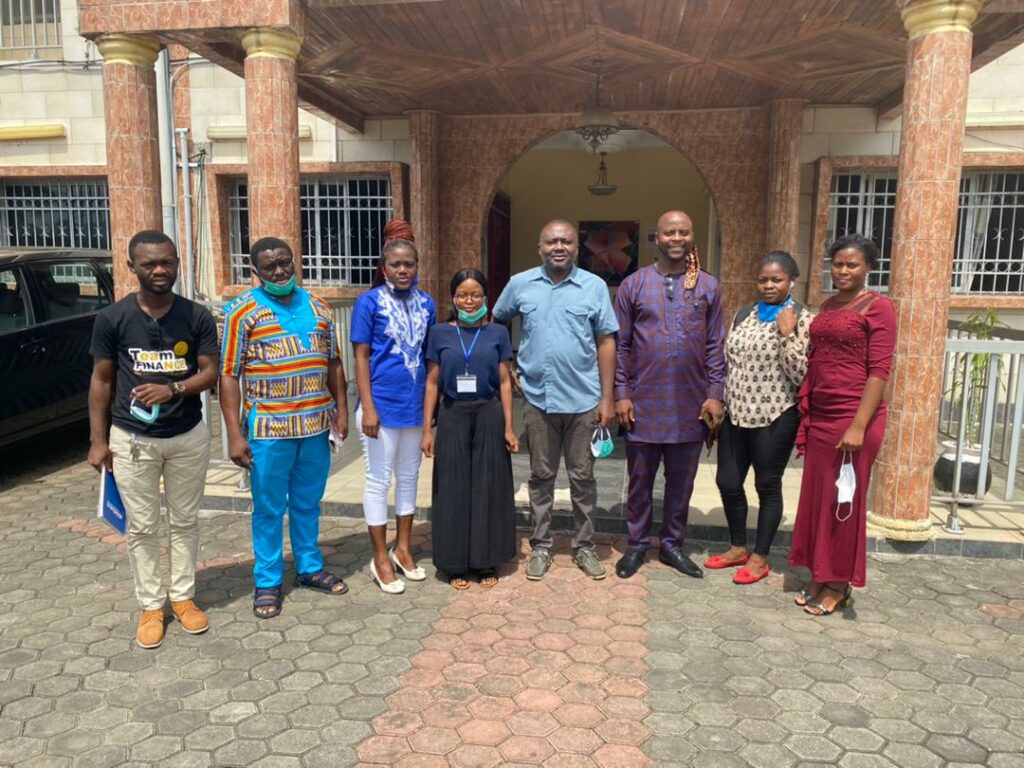 A delegation of the Limbe/Tiko chapter of the Cameroon Association of English- speaking Journalists (CAMASEJ) led by their President Kuma Honoré Mbong paid a courtesy visit on March 23, 2021 to the Centre of Excellence of the African Institute for Mathematical Sciences (AIMS) Cameroon at Crystal Garden in Limbe. President Kuma Honoré and his team used the opportunity to not only present the challenges of journalism practice, CAMASEJ’s new axes for cooperation with the diplomatic community, migration from traditional to online media but also proposed a
partnership between CAMASEJ and AIMS-Cameroon. While stating that such a partnership would enable CAMASEJ benefit from training for its members, research on the journalism profession, assistance in production equipment and exposure to international opportunities, Kuma Honoré’s team said CAMASEJ, on its part, could ensure coverage of AIMS-Cameroon’s events and activities to give the pan-African institution greater visibility. The Chief Operating Officer (COO) of AIMS-Cameroon, Mr Honoré Bernard Youfegnuy was impressed that such an association existed in Limbe and encouraged CAMASEJ to emulate their Nigerian colleagues whose associations even own institutes to train especially freelance journalists. He was favourable to the partnership proposal, stating that training especially in ICTs and fairly used equipment, such as computers, could be provided to CAMASEJ free of charge, after donors’ approval. The COO also promised to introduce CAMASEJ to AIMS-Cameroon’s foreign lecturers for exposure to international opportunities. Created in 1992 in Limbe, CAMASEJ’s main objective is to uphold the code of the profession and to empower journalists both professionally and socio-economically. The association has six different Chapters nationwide supervised by a National Bureau. CAMASEJ has a membership of more than 450 members, with the Limbe/Tiko Chapter counting 66 members.