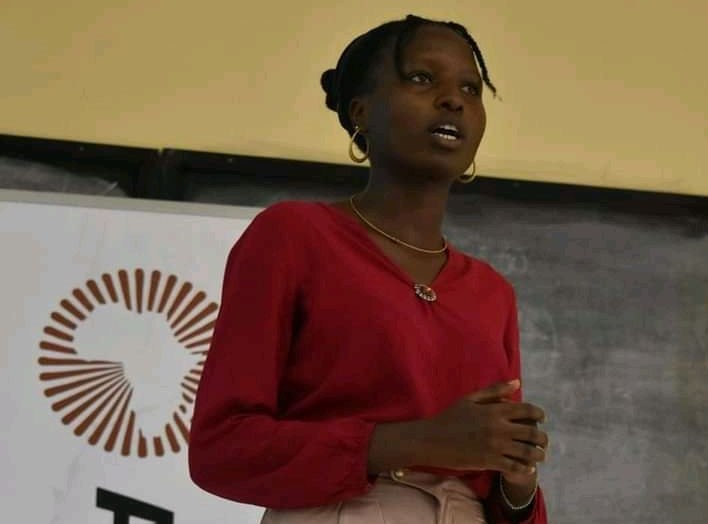 According to Lucy Kimotho, it is becoming increasingly evident that the countries that have done the least to cause climate catastrophes are suffering the most from the adverse effects on their communities and ecosystems. “In Kenya, the dry spells are growing longer by the year, affecting the volumes of water in the rivers. What this means for a country that heavily relies on hydropower for electricity generation is that there are more episodes of power rationing as the cost of producing electricity goes high. With that the dream to achieve nationwide electrification is stifled by these constraints and no-wonder Kenya is adapting to the dire situation by investing in alternative sources of energy like solar power – particularly Photovoltaic Power(PVP),” explains Lucy.

The need to adopt such adaptation strategies, she claims, is as necessary as the responsibility to invest dutifully acknowledging the expected climate change scenarios. “To peek at the future from a climate lens, we make use of climate models that are basically approximations of the expected climate patterns out of a mathematical formulation of the highly complex parameters that govern the climate system. What we also find is that these climate models have a margin of error when paralleled with observations. This margin of error is what we refer to as bias. Bias correction methods are thus statistical tools that we make use of to correct these bias and hopefully get a more accurate approximation of future climate projections.”

Lucy Kimotho further explains how this correction was done in her research. “Taking into account two climate variables – temperature and solar radiation – to make PVP calculations, we first evaluated 3 climate models based on their historical data and compared the output to historical observations. From there, we applied 4 statistical bias correction methods on the climate model data and found that indeed these methods detected the bias and were able to correct it. When performing future projections of PVP, we found that results were altered by a small margin. It is important to emphasize the word ‘altered’ since future projection results will only ever be truly confirmed by observations. The bias correction methods, however, were able to capture the trends of expected increase in temperature especially if mitigation strategies are bypassed.”

Bias correction methods, she also stated, are a more prudent approach to consider when drawing inference from climate models since they provide a better approximation of the climate model. “For the PVP industry especially here in Africa – even as the desire to delve into alternative energy forms grows – it is important that we ask ourselves questions regarding the viability of these technologies even in the face of a warming globe. Moreover, the technology used to build these panels is very expensive and we may find that the rate of return on investment will not balance the economic burden laid upon the consumer. The call here for investors is to look at the expected risk and inspect it with the right tools – in this case, climate models that take into account bias correction. The other call is for researchers owing to the little that has been done to improve bias correction methods so far. The field of machine learning, in particular, can benefit from the vast amount of climate data and return the much-needed robustness and efficiency in climate model data. There is a need to invest more in research and development for climate variables that are already affecting development in Kenya and Africa as a whole.”

Lucy Kimotho believes that her work on the impact of bias correction methods on making future projections in PVP can be extended across the continent while taking into account the major climate variables that could affect PVP generation in that region.